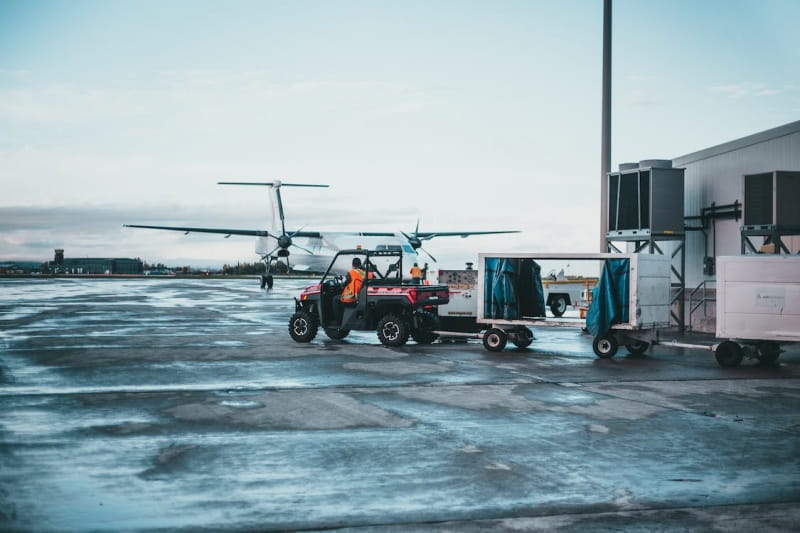 You may be planning a flight to another foreign country or back to your hometown and want to bring along your RC car collection.

You may wonder: are RC cars allowed on airplanes? So, is it possible to bring along an RC car on the plane? Will it get you into any serious trouble?

I will discuss this issue in detail and give you a straightforward answer.

Are RC Cars Allowed On Airplanes?

The answer is yes. Remote control cars and similar models are allowed on airplanes, either in checked luggage or carry-on bags.

However, you must remove the vehicle battery and empty dangerous fuel beforehand.

You can count on this information since I have contacted both domestic and international flight agencies about their view on RC cars.

They all assert that RC models are not against the laws, but it comes with some requirements.

Some RC car models have a built-in battery cell and a charger where you can recharge its power. But the majority feature removable lithium battery cells plugged into the vehicle.

Therefore, it would be best if you separate these battery cells from the carry-on bags and put them in the checked luggage.

In addition, you must empty the vehicle fuel chamber if it runs on gas, CO2, or potentially harmful chemicals.

Some flight agencies do allow RC car batteries in the carry-on bag, but they will restrict the total amount to a minimum number.

In addition, the chance of your RC car passing the security check is not always guaranteed.

If the airport security officers spot a potentially dangerous trait in your toy, they will get it checked or even confiscate the item.

In the following sections, I will instruct you on minimizing this risk.

Which Agencies Will Let You Travel With Rc Cars?

The regulations are slightly different depending on the flight agency you are using. Here are popular airway agencies and their regulations on RC vehicles.

TSA is the airway agency with the least restrictive regulations on RC car carrying. Therefore travelers within US territory won’t have to worry much about bringing their RC vehicles on planes.

However, you must be extra careful when bringing along nitro RC models.

Always empty their fuel tank before the security check, or the airway will confiscate your item with a minimum amount of nitro detected.

The car’s and controller’s batteries are also a problem.

Except for lithium-ion, NiMH, and Alkaline, no other types of RC car batteries are allowed on airplanes and checked luggage.

CATSA is similar to TSA, except that it is in Canada’s territory.

This airway agency also permits customers to bring RC vehicles and controllers in their carry-on bags or checked luggage.

Similar to TSA, CATSA will confiscate nitro RC models or gas-powered cars when they detect just a small portion of the fuel in the vehicle’s tank.

However, CATSA is a little easier on battery, allowing you to put the battery cell in the RC car.

The battery’s capacity must be under 160 watts, or you’ll run into trouble.

For standard RC car models, their battery cells’ capacity is much lower than this range, so you don’t have to worry much about it.

This Australian airway agency has a bit stricter regulations when it comes to RC vehicles on planes.

The reason is that there are no claimed regulations that allow RC vehicles from the agency.

However, many travelers have shared that they didn’t run into any problems when carrying RC cars on CASA’s planes.

However, you should follow the mentioned requirements to minimize any potential risk.

Most airway agencies within the European Union allow RC cars on airplanes.

However, you should always empty the fuel tank of nitro and gas-powered cars to guarantee the chance of success.

Also, don’t forget to cover and store the RC car’s batteries carefully and put them in the checked luggage.

If they have any potential for fire or explosive hazards, the security staff will confiscate your items. 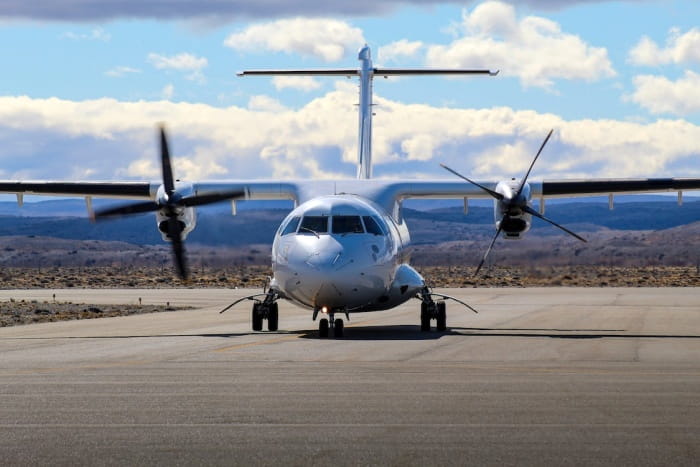 The Allowed Battery Types On Airplanes

The common type of RC car battery is lithium, which can be charged in advance before putting in the vehicle.

This type is permitted by TSA and other airway agencies, but its capacity must not exceed 160 Watts.

However, not all airway agencies allow lithium batteries on planes. Some may confiscate it or require you to put it in the checked luggage.

Therefore the best way is to contact the agency via phone to ask about the battery cell.

There are also dry batteries used for RC vehicles, such as AAA, AA, D, and C sizes. The TSA won’t restrict these dry types, but you cannot carry more than two spares on airplanes.

Other than these categories, other types of fuel, such as gas, nitro, or CO2, are strongly prohibited. If you are not sure, contact the airway agency beforehand.

Did You Make Any Modifications To The RC Cars?

RC enthusiasts may install extra components on the RC car to improve its appearance, power, and utility.

For example, some people install CO2 cartridges on their vehicles to increase their top speed and acceleration.

Yet, this modification won’t pass TSA’s security check. So, you have to empty the cartridge or any type of fuel tank before taking the vehicle onto the plane.

The gas cylinders are not against the rule as long as they are empty.

But my recommendation is that you should not bring along these installments because the security may have it checked. 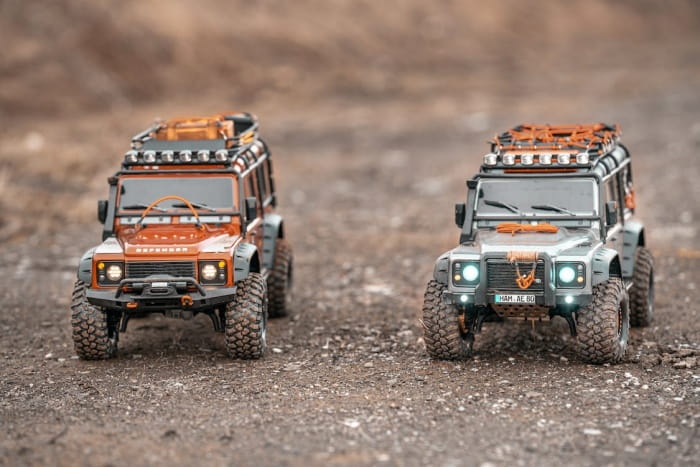 How To Reduce The Risk Of Your RC Car Getting Confiscated?

Before packing your luggage, always check the controller and car if you forgot to remove the battery or empty the fuel tank.

Though the car is permitted in carry-on bags, I would recommend you put it in the checked luggage.

In addition, ensure that no electrical components or wires are exposed, or security may check your luggage when scanning.

Also, put the tools such as knives and screwdrivers in the checked luggage because they can be used as weapons.

This restriction is applied for large tools with lengths exceeding 7 centimeters. 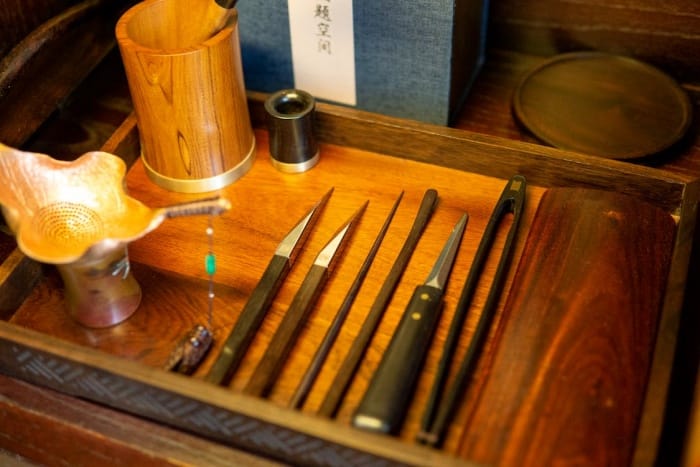 If you have any questions about airplanes and RC cars, these additional answers will be helpful for your upcoming flight. Follow the sections to discover more!

Are Remote Control Cars Allowed On Airplanes In India?

Similar to the other territories, airway agencies in India won’t have any problem with customers bringing their RC cars on the plane.

However, you should not bring removable lithium batteries to power your car.

The lithium batteries are allowed only in the carry-on luggage to ensure the flight’s safety.

Are Toy Cars Allowed In Flight?

The answer is yes. Most airway agencies and the law have officially permitted RC cars and similar models on airplanes.

Therefore you can bring them along either in your checked luggage or carry bag.

However, you must remove the car’s batteries and ensure that there are no lithium battery cells in the carry-on bag. Also, you must empty the car fuel tank if it runs on gas.

Which Things Are Not Allowed In Flight?

Everything that poses potential risks and threats to people and facilities on planes is prohibited.

Also, substances against the laws but cannot be used as weapons, like heroin, are prohibited.

How Much Cash Can You Bring On A Flight?

There is no law that restricts the amount of cash you can carry on a domestic flight.

Therefore you can carry as much as you can as long as the amount isn’t from illegal sources or for money laundering.

For international flights, you have to declare the amount of cash (more than $10000) to the agency.

The X-ray scanners at airports can detect money efficiently within a short scan.

It can also detect paper, illegal substances, and even small metallic objects in your luggage.

In summary, it’s not against the law to bring RC cars and truck models onto airplanes, and the agency won’t check your luggage.

However, you must take off the car’s battery cells and empty the fuel of gas-powered RC models.

The gas-liquid and lithium battery cells carry potential threats to the flight’s safety, so they are prohibited. Yet, you can still put them in the checked bag.

I hope the answer provided can help you bring your beloved RC car collection onto flight easily. Thank you for your time!

link to Can RC Cars Get Wet?

The RC car is a microcosm of actual vehicles. You can control them remotely easily via a specialized transmitter or remote. With that in mind, you might wonder, "Can RC cars get wet?" or “Can it...

Continue Reading
link to How To Drift An RC Car?

If you've ever watched movies with a theme of speed or racing, such as the "Fast and Furious" series, you've probably heard the term "Drift." So is it applicable to RC cars? How to drift an RC...

Hi, my name’s Dale Bailey. Since I was a little boy, I have had a special interest in remote control toys such as cars, boats, planes and more. I’m over 30 now and it’s nice to see that my son has the same interests as me. This blog is where I share my passions, explore them with my son and learn new things. We are very happy to have you visit and hope that we will have a great journey together.

Product prices and availability are accurate as of the date/time indicated and are subject to change. Any price and availability information displayed on [relevant Amazon Site(s), as applicable] at the time of purchase will apply to the purchase of this product.

As an Amazon Associate I earn from qualifying purchases.